Your Lifestyle - Smoking and Alcohol

Next time you light up, feel your pulse. It will start rising within a minute. That's extra work for your heart. Instead of oxygen the blood cells carry carbon monoxide. As well as increasing the risk of heart disease, smoking causes many serious medical disorders including lung cancer and emphysema. If you have tried to give up smoking and had difficulty in doing so, you may wish to consider nicotine replacement therapy. You can learn more about this here.

Moderate drinking is not a problem. But if you drink more than the recommended daily limits, the risks of harming your health are increased. Alcohol's harms usually only emerge after a number of years. And by then, serious health problems can have developed. Liver problems, reduced fertility, high blood pressure, increased risk of various cancers, heart disease and neurological impairment are some of the numerous harmful effects of regularly drinking more than the recommended levels.

The health benefits of stopping smoking

Avoiding smoking also improves your health more generally, including your appearance. Stopping smoking has been found to delay the appearance of wrinkles and to slow facial ageing.

The risks of drinking too much

Regularly drinking more than the recommended daily limits can damage your health.

It is not only people who get drunk or binge drink who are at risk. Most people who regularly drink more than the recommended limits are at risk, although harms usually only emerge after a number of years. By then, serious health problems can have developed, some of which may not be reversible. Harms include liver disease, increased blood pressure, and increased risk of various cancers. There is also, of course, the risk of becoming dependent on a high alcohol intake. In general:

Drinking any amount of alcohol may be too much if you are going to drive or operate dangerous machinery.

Pregnant women should avoid alcohol as it can harm the development of an unborn baby. Alcohol passes across the placenta and the effects on the developing fetus can be serious.

Alcohol in the UK 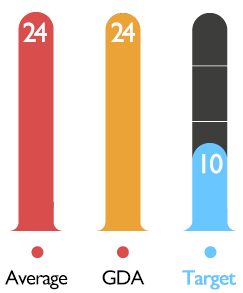 Avoiding smoking, drinking in moderation and taking the preventive medication provided as part of the Polypill Prevention Programme helps to reduce the risk of heart attack and stroke, by reducing your blood pressure or cholesterol.